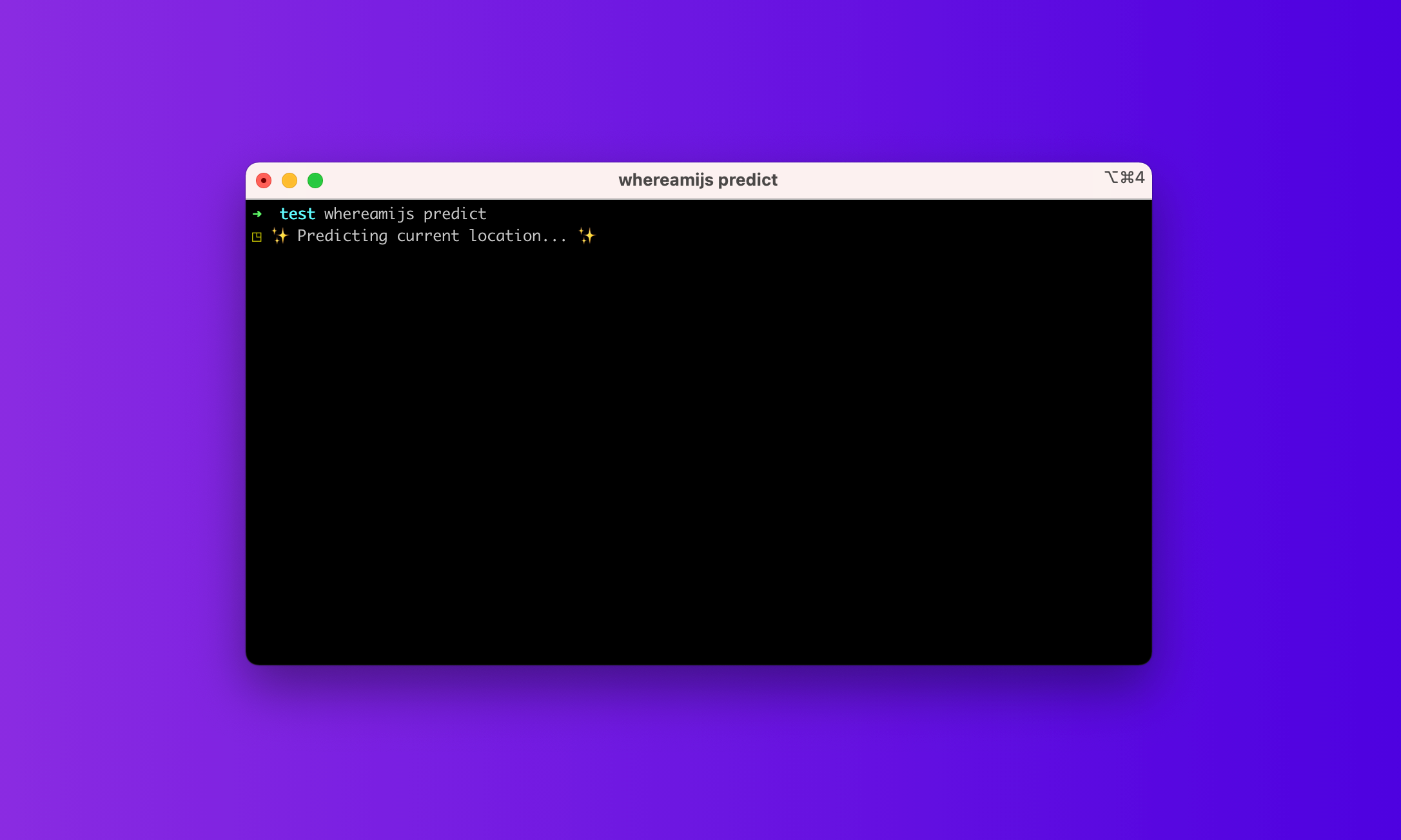 After trying out a Python project called whereami, I spent some time trying to replicate it in JavaScript.

The aim of the package is to predict indoor location using wifi information and machine learning.

The user first needs to record some training data for each location and then, a random forest classifier uses this data to predict the user's current location.

To record data, the node-wifi module scans for nearby networks and returns a bunch of information.

For this particular project, I mainly need to keep the network ssid, bssid, and its quality. The further you are from your router, the lower the quality of the connection is, and the closer, the higher. Therefore, by gathering quality data from all nearby networks detected, we can use this information to train a classifier and predict an indoor location.

After scanning the networks and keeping the information I need, I am saving it in a JSON file, with the location as filename. The data in the files look like this:

For the purpose of my project, I am scanning the networks 5 times to gather more training data for each location.

Once the data is recorded for multiple locations, I am using a random forest classifier to predict the current location.

Between recording and predicting, the data needs to be formatted.

To improve the accuracy of the predictions, we need to make sure the networks present in the training data objects are the same, between all training sessions, but also when recording live data to be predicted.

To clean up the training data, I decided to use the live data as reference, and filter out the networks that weren't present in all objects. Once I have data that's filtered, I order each object alphabetically, and add a new pair of key/value data to represent the room.

Now that the training data is ready, we can move on to predicting live data.

The classifier I am using is a random forest classifier, using the random-forest-classifier module. Running the prediction is done with the following code:

Ultimately, I would like to be able to use this kind of tool to build IoT projects.

If something similar could run on a mobile phone, that we have on ourselves most of the time, predicting indoor location could be used to control appliances or interfaces.

For example, lights could be turned on/off as someone is moving around their house, TV could be paused as you're leaving the living room, phone notifications could be muted automatically at night if you're in your bedroom.

At the moment, this cannot run on mobile the way it is built, and the Network API that runs in the browser doesn't give enough information to build something similar on the client-side. However, it could run on a RaspberryPi so I could build some kind of small wearable to test this.